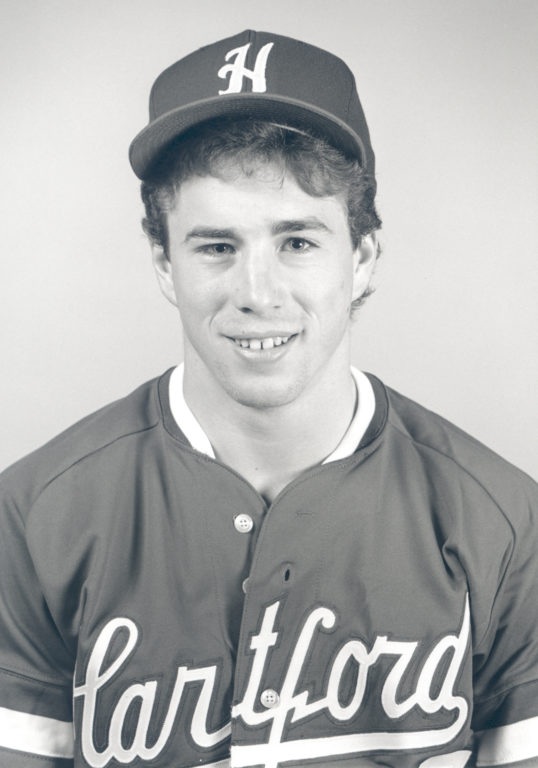 On Sat., March 25, CT SABR will hold its Spring Training Meeting at Quinnipiac University.  The gathering will celebrate the local roots of 2017 Hall Of Fame Inductee Jeff Bagwell with a panel discussion featuring people who played important roles on Jeff’s journey to the majors.

Also on the agenda are Mark Kanter, who who will speak on his BB trip to Cuba; Joe Runde who will review his All Time Great Cubs Team; and Mark Stoler who will talk about the SABR Analytics Conference.

The event is free and open to the public.  A donation of $5 per person to offset expenses is suggested.

Some Notes on our Panelists:

Dan Gooley coached Jeff Bagwell when he was at the University of Hartford.  Dan coached the Hawks from 1988 to 1992.   He coached 28 years at Quinnipiac and sent twirler Turk Wendell to the MLB, too.

George Grande is a New Haven native.  He has covered BB for 47 years on-air.  He anchored the first broadcast of ESPN’s Sport Center in 1979.  George followed Bagwell’s career closely.  He is well known to attendees of past HOF Inductions, having hosted the ceremonies from 1980 to 2010.

Brian Crowley was Jeff Bagwell’s team mate at the University of Hartford.  Crowley and Bagwell, along with Hawk team mates Chris Peterson and Pat Hedge, were known as The Crunch Bunch.  The foursome combined in 1988 for 188 runs, 245 hits, 44 doubles, 40 homers and 184 RBI in just 41 games.  Brian is an educator and has coached high school teams in New Britain and Southington.

David Sizemore was the goalkeeper on the Xavier H.S. soccer team, a team for which center-forward Jeff Bagwell scored 32 goals in his senior year.  Jeff was an All State and All New England selection that year.  David is a career educator.  He and his wife are devoted fans of the Chicago Cubs.

Gerry Berthiaume was the GM of the New Britain Red Sox from 1983 to 1994, including Jeff’s 1990 Eastern League MVP season.  Gerry was actively involved in the scrum that followed the trade of Jeff from the Red Sox to the Astros on August 30, 1990.